The last few days have been devastating to the American cycling community.  Cyclocross rider Amy Dombroski died after being involved in a crash with a truck while training in Belgium.  There are any number of articles out there already about her and the crash, but it's not my place to rehash stuff other people have said.

I didn't know Amy.  I never met her, and although I may follow professional cycling a little more closely than the average American, I can't say for certain that I would have remembered her name.  What matters, though, is that she mattered to a great many people, not just in cyclocross, but across the American cycling scene. The outpouring of grief and memories over the last few days from people who knew Amy has been overwhelming.  I've been affected by it, and have been struggling to figure out exactly why.  If I didn't know her, if she wasn't a household name, why does her death strike such a particular chord.

Death waits for us all, as they say, and the chilling part about Amy's death is how similar my own could be--and how out of the blue.  We both grew up in Vermont, 20 miles away from each other.  She was a few years younger than me, and much more experienced on a bike.  On Wednesday night I was beating myself up in a cyclocross training race; on Thursday an amazingly popular American cyclocross rider was dead.  I cycle commute to work every day, year-round; and I wonder: how much until my time runs out?

It's inspiring to see the cycling community come together around a loss of one of our own, and I hope we can all learn to continue on--not as different groups, divided by the width of our tires or the speed with which we feel comfortable, but as people who share a love for two wheels under our own power.  Amy, we'll all miss you. 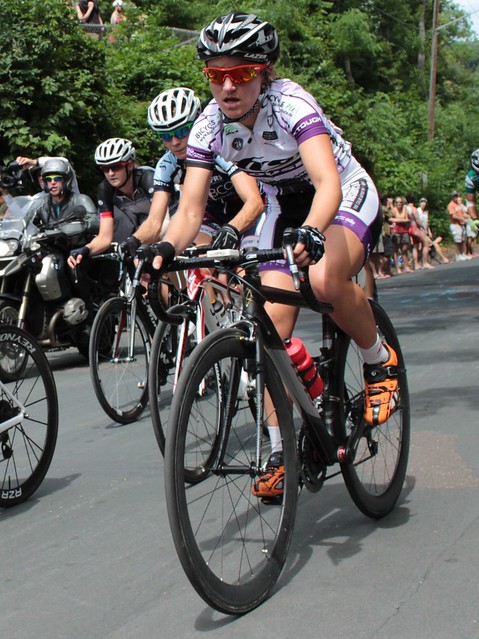